The name of the dish may sound stylish but it is made from all left overs. I had some left over idlis, wanted to convert them into upma, but then I remembered The Cookers Waffled Idlis ! 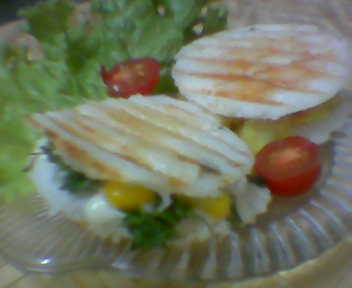 Her waffled idlis inspired me to grill these left over idlis in my sandwich maker, so that they got the same golden check look.

I slit both the idlis into two halves. 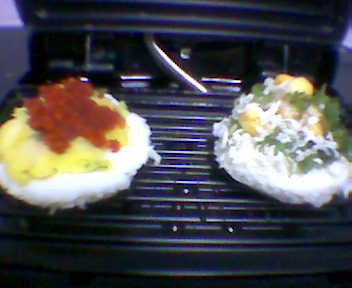 First Idli- I put some left over potato sabzi and garlic chutney(I will be giving the recipe in the next post) on one side of the idli. Then covered it with the second half.

Dribbled the grill plate with some oil. Placed the idlis on it. Dribbled some drops of oil on the top side of the idli, and closed the sandwich maker lightly. Grilled till they were golden and crisp.

Serve with tomato sauce or chutney.

This is my entry for WBB-12 a popular event started by Nandita and now hosted by Trupti.